Following the traces between migration and human trafficking – from exploitation to integration: TF-THB presented and launched new report

The conference Following the traces between migration and human trafficking – from exploitation to integration was held on 27 November 2018 in Stockholm as a part of the international project Trafficking along Migration Routes (TRAM): Identification and Integration of Victims of Trafficking among Vulnerable Groups and Unaccompanied Children.

The conference gathered together more than sixty international, national and local experts and practitioners from state authorities, non-governmental and international organisations, and academia to discuss integration and long-term protection of victims of human trafficking among newly arrived migrants.

The conference was opened by Mr Bernd Hemmingway, Deputy Director General of the Council of the Baltic Sea States and Ms Elisa Trossero, Head, Anti-Trafficking Programme of the International Centre for Migration Policy Development (ICMPD).

In his opening speech, Mr Bernd Hemingway stressed that everyone should feel safe and secure and at home in every corner of our region.  Integration is building trust between newcomers and the host society. It is our obligation to help victims of trafficking to overcome trauma, to regain their dignity, self-worth and independence, to help them to become active members of the society and to feel safe and at home.

The keynote speaker Ms Farah Abdi, blogger, author, human rights activist and a Somali refugee pointed out: “The government tells migrants that it is our responsibility to fit in the destination country. We are expected to speak the language, to tell the deepest secrets to strangers because this is the only way for us to stay. We are damaged people who are trying to run away from trauma. I was telling myself and to everybody: I am not a victim, I am a survivor. Now I finally admit to myself that I need help.”

Protection of trafficked persons is one of the main pillars of anti-trafficking work. States must ensure that comprehensive assistance is provided beyond the provision of an official status of a victim of human trafficking and emergency assistance. However, there has been little attention paid to the long-term prospects of trafficked persons who stay in their destination country. Trafficked persons face life after exploitation and trafficking by and large on their own. They struggle to gain an economic footing while also coping with memories of past abuse and present-day debts.

Examples of best practices when it comes to the successful integration of exploited migrants, as well as the main challenges in Finland, Germany and Sweden, were presented at the conference.

The report and Road Map for integration of victims of Human Trafficking among migrants in Finland, Germany and Sweden were launched and introduced during the conference. The report aims to establish stronger connections between asylum procedures and the assistance system to vulnerable migrants.  The Road Map presents various assistance services and initiatives for migrants who are suspected to have been exploited in Human Trafficking before during or after their journey to Finland, Germany or Sweden. 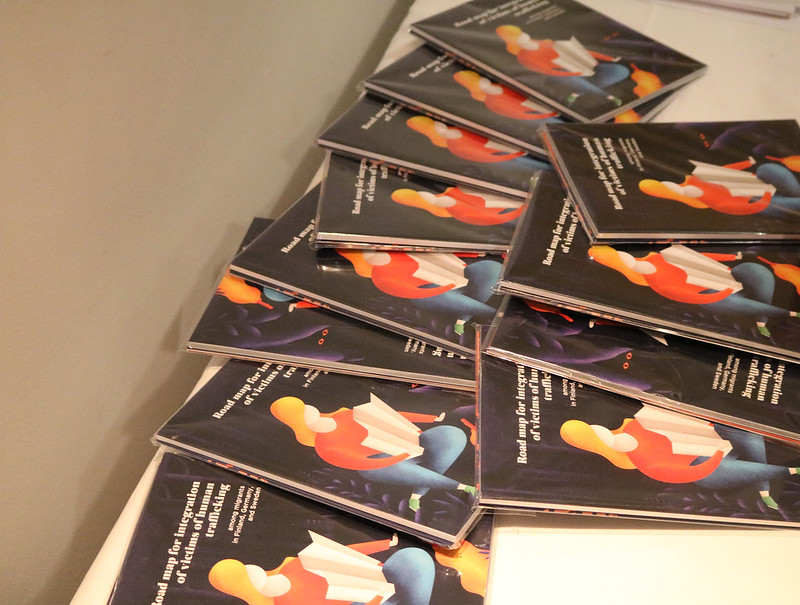 Presentations held during the Conference: